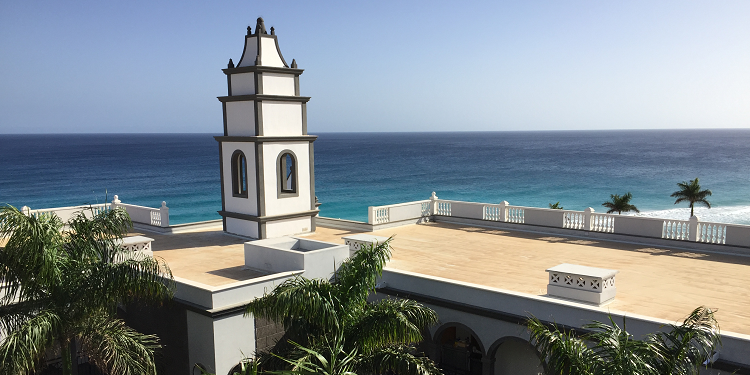 It was November when I decided to search the sun. In Germany and Belgium it was very cold and rainy (like every year), but on the Canary Island Fuerteventura the thermometer still reaches 20 degrees Celsius. Fuerteventura in December? Definitely YES!

While I built a very nice snowman in the front yard a couple of days ago, just a short time later I could trade my winter tights and rubber boots for sun lotion and flip-flops. I flew from Hamburg to Fuerteventura within 4 hours, only because we had a very strong tailwind.

When I travel I often stay in 3-4 star hotels and I can say that I’ve never had bad luck or made unlucky decisions concerning the hotel selection. I always look on different review portals what to expect. This time I really made a bargain! I stayed in a hotel with 4 1/2 stars, which was built in 2015. I really don’t want to know how expensive this hotel would be in the peak season from June till August…but in December it is worth it’s money. The food was amazing (breakfast and dinner), my room was big, modern and comfortable. The whole complex is clean and appealing. 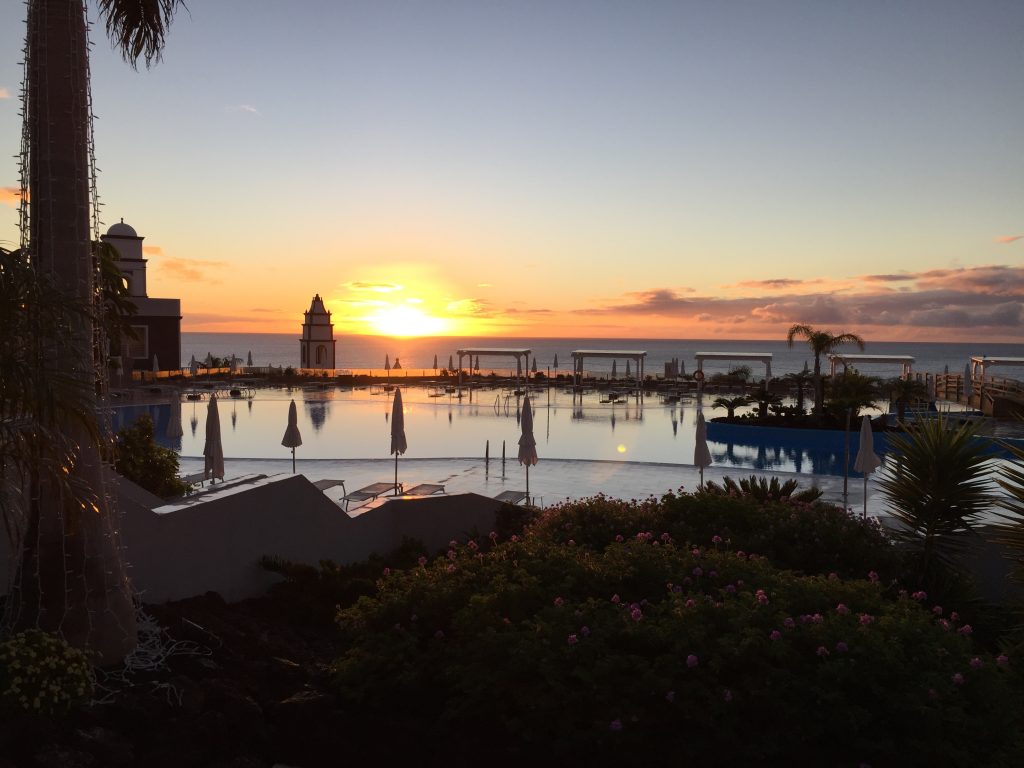 Fuerteventura: The SENSIMAR Royal Palm Resort and Spa at sunset

The island ist not known for great hiking trails, but because one of the few marked trails starts right in front of the hotel, there was no option. As a hiking fan I had to walk the trail, 800 metres of elevation, from the sea level steadily to the Pico de la Zarza. 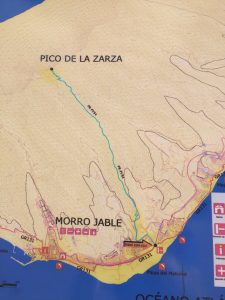 Fuerteventura: From Morro Jable to the Pico de la Zarza

The hiking trail is well marked, you can’t get lost. We didn’t use a map because the signs were enough. At Morro Jable you walk the street upwards past some hotels. After a short time we reach a gravel road, which we basically won’t leave anymore. 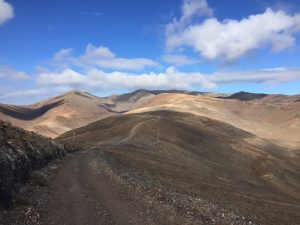 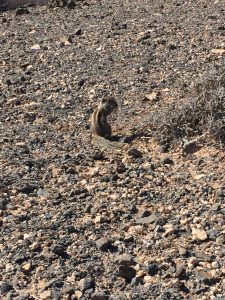 For a while your walk runs parallel of a shiny green golf course, which lies in the valley. We go on to the heartland. You should not underestimate that the hiking trail goes constantly uphill. Calculate for every 300m of elevation change one hour walking. After 2,5-3,5 hours you reach the peak. Looking from the peak you have a wonderful view to the beaches of the westcoast and the village of Cofete. Not far away from Cofete lies the Villa Winter with diverse rumours. We did meet some hikers and tourist, although Fuerteventura is definitely no hiking island. 800m of heights down…the return is much easier. 😉 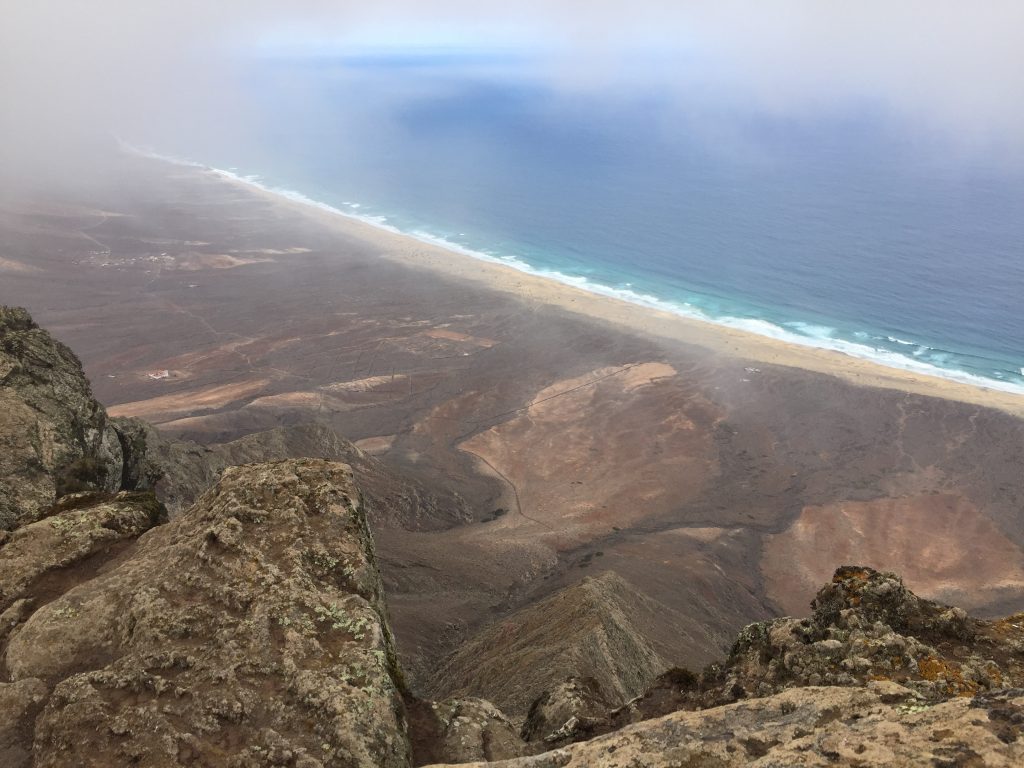 View from the Pico to the westcoast

Due to the fact that it was the first time on Fuerteventura, I can’t say how crowded the island is at the busiest time of the year. Especially the small holiday resorts seemed very abandoned in December. Furthermore, you find lots of old, shaby houses, ruins and neglected hotels. Like in Tarajalejo: instead of redeveloping old hotels, people rather build new hotels next to ruins. Tarajalejo appears despite a beautiful promenade miserable. 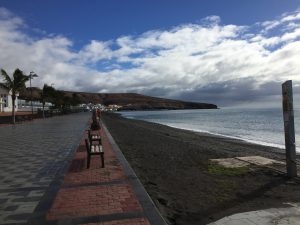 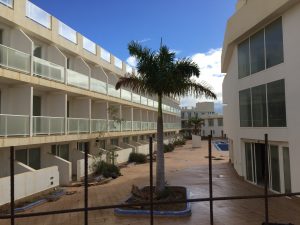 A little more lively was the coastal town called Ajuy in the West. The remote place offers a varied and entertaining trail right along the cliffs. The view is amazing and at the end of the trail  a cave waits to be discovered. If you are hungry after the one hour walk, you can stop at one of the restaurants in Ajuy. They were well attended even in December! 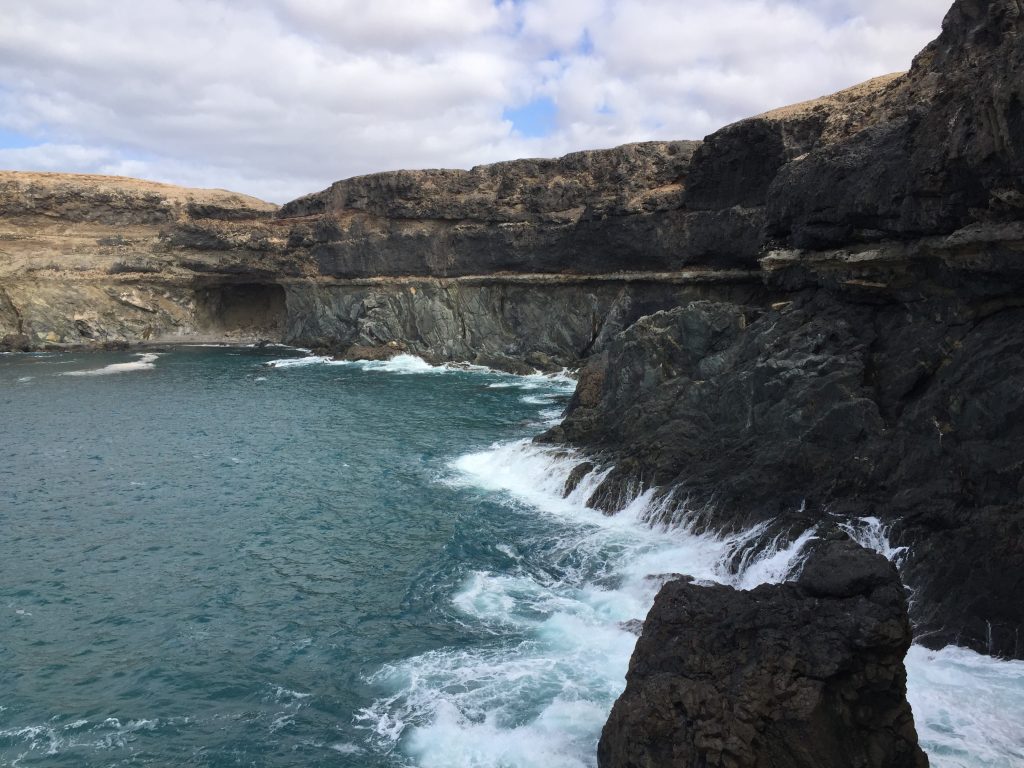 The small places on Fuerteventura give you a chance to calm down, feel and hear the roarong waves. Without beeing disturbed I could enjoy the sea on a cliff. 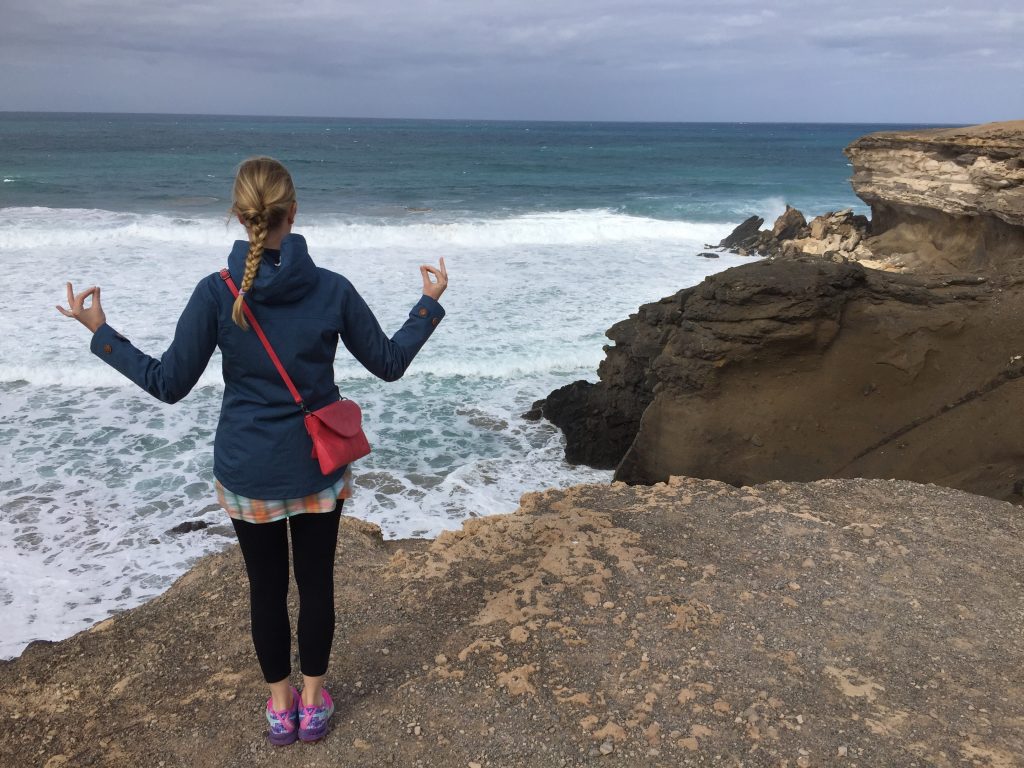 Of course, at the three top touristic places Costa Calma, Jandia (both in the Sout) and Corralejo (north) you can find enough people despite the winter calmness. The dunes of Corralejo are worth a visit.For several kilometers, beautiful sandy dunes stretch in the nature reserve. 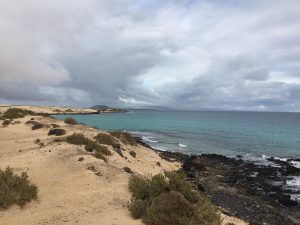 Fuerteventura scores with endless beaches. That’s why it is advertised as the perfect island for sunbathing and water sports. The inland has nearly nothing to offer. There is the Oasis zoo for families with kids, which I didn’t visit. Fuerteventura has 20-22 degrees Celsius during the day in December. It cools down noticeably in the evenings and you’ll need a jacket. You cannot expect the perfect bathing weather every day on Fuerteventura in December. Nevertheless, it was good for the soul to recharge a few rays of sunshine!

What bothers me in Brussels