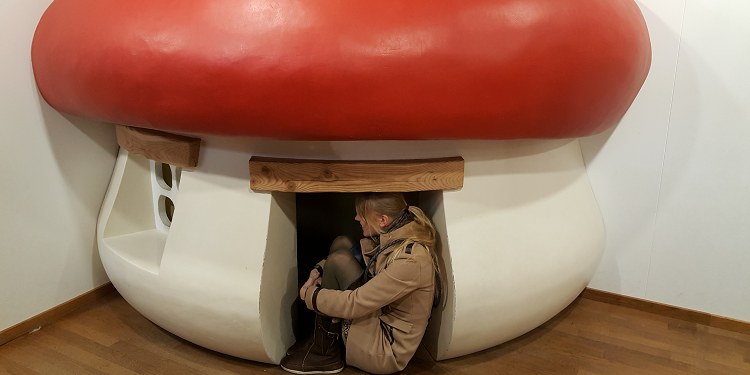 The cold and cloudy season is perfect for indoor action and extensive museum visits. For my time in Brussels, I plan to explore a lot of the city, especially museums and other cultural sites. Since Belgium has a special comic strip history, it is obvious to visit the Comic Museum.

In the splendid Art Nouveau entrance hall of the Comic Museum a large Lucky Luke on Jolly Jumper welcomes me. That pleases me and stirs up the anticipation. Up the stairs and I’ll pay for entry. The Comic-Museum costs 10 Euro for adults. Two floors of European comic book history are waiting for me.

Boerke Comics have a cynical sense of humour

he museum takes me from the beginnings of drawing, through the first popular comic series in magazines to more modern drawings and comic icons. How did she turn mere drawings into comics? And what makes a comic book? What are the different styles? The accompanying texts are available in French, Flemish and English.

The cartoon character Boerke by Pieter De Poorteres (also known as Dickie in German) will be given a little more exhibition space. I must confess that I didn’t know the figure before. I really like the humor of the comics. By the way, Boerke means something like “burp”. Deutschlandfunk reported on the cartoon character’s “Germanization” in 2016. 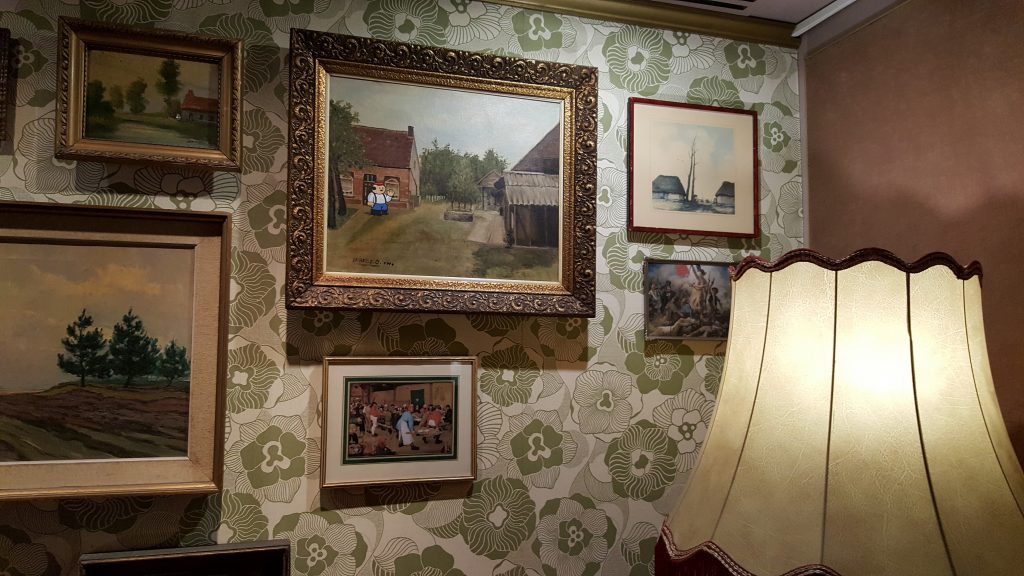 Some small rooms are also dedicated to famous comic-strip artists. There is a mini cinema for Pieter De Poorteres and a peyo-corner with a smurf village.

The museum focuses entirely on Belgian and European comics/draftsmen. Fans of Asian or American comics are disappointed here. I spent about 2 hours in the museum (and in the shop). The price-performance ratio is fine. Since I had no idea what to expect before and so I visited the museum with a neutral view, I was neither disappointed nor enthusiastic about it. Maybe I would have liked more exhibition space for the Smurfs, one of my favourite comics/cartoon series. But that is ultimately a matter of taste.

The Belgian Comic Strip Centre (BCZ) also organises workshops and guided tours in the building. Changing exhibitions with different focal points round off the museum’s offerings.

You want to see more of the museum? Then watch the YouTube video: